I am dreaming of a house

As anyone who lives in an apartment knows, the maintenance staff might just be the most important people around.  Since one of the benefits of apartment life is not having to fix any of the various problems that can crop up, having a maintenance person who is dependable, competent and responsive can absolutely make your life easier.

I lived in my last apartment for 2 years.  The day I moved in, I made a list of things that were not working in the apartment.  On the day I moved out, that list was still intact.  Every time I called for an update on where I was in the queue, I was told they were really, really busy and they would get to me as soon as they could.  Apparently having a window that did not latch, a loose faucet in the bathroom and an outlet that sparked when I plugged in my phone charger was not enough to move me up the ladder. I often wondered who and what was above me on the list. Giant, gaping holes in the wall?  Light fixtures hanging by a wire?  Washing machines running amuck?  One afternoon as I was walking my dog, I passed an apartment that had one of the window screens off and lying in the bushes. Thru the window I could see that the blinds were hanging at an odd angle, many of the slats broken and/or bent.  I wondered where they were on the queue. A few weeks later my walk took me by the same apartment...the screen was still in the bushes and the blinds still wonky.  Based on the piles of stuff around their front door, I decided the condition of their blinds had less to do with their position on the list and more to do with their lifestyle. When you rent an apartment, you also rent your neighbors.

I like my apartment, I really do.  I have had two minor issues since moving in, both of which were dealt with quickly and competently. The floorplan is great, the location even better. But lately I have been thinking about being a home owner again.  Both of the problems I had, although minor, were not things I could have dealt with on my own.  I consider myself fairly handy with a hammer and my screwdriver skills are up to par, but repairing broken things around the house is vastly different than being able to assemble a desk or bookcase. And I think my children will agree with me here that I should not touch anything that involves electricity. So the question is...do I continue living in apartments or once again jump into home ownership?

I have been thinking about how nice it would be to paint my living room or change the carpet or put up crown molding.  With an apartment, decor is pretty much luck of the draw. I have had griege carpet, murky tan walls, and once in Texas, bathroom counters that had been painted! No more vertical blinds clickity clacking at the patio would be nice as would having a garage to park in or in front of instead of being irritated when the jerk two doors down parks in my numbered spot.  Not having to walk my dog in the sleet, snow or dead of night would be a definite plus as would not having to carry little baggies with me for the inevitable poop scooping.  Right now the lawn just off my patio is a field of doggie land mines...courtesy of pet owners who chose to believe that others will pick up after them or, more likely, don't care because it's not their lawn or their patio. Not sharing walls or the floor or the ceiling with anyone else would be outstanding. I once had guys in the apartment below me who would pound on their ceiling, which happened to be my bedroom floor, every morning as I got ready for work.  Apparently our work hours did not mesh. Since I was as fond of them as they were of me, I hate to say that my response was not to tiptoe around getting dressed. They were lucky I resisted the urge to take up clogging.

I have this image of the perfect house for me...a cozy one bedroom with a spacious kitchen in a neighborhood of similar homes. It will have a covered front porch overlooking flower beds and a back door opening to a small fenced yard. There will be a street light right outside for safety, an alley in back with a garage and a Starbucks on the corner.  My neighbors will smile and wave as I walk past with my dog. And since I am dreaming, it will have an amazingly low price that will drastically appreciate as soon as I buy it! Oh...did I mention my belongings will teleport into the house immediately upon closing?

I signed a one year lease, so I have plenty of time to think and plan...and dream. My dream looks something like this. 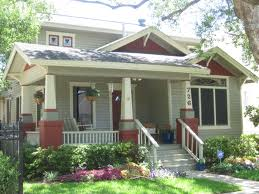