Now that he is getting older, my sweet English Cocker Spaniel is succumbing to the issue many of the elderly do...deafness.  I am a little amazed that some vanity doctor hasn't developed doggie hearing aids.  I read recently that neutered dogs can be fitted with prosthetics so as to not lose face with their peers although I question whether dogs who have been 'fixed' have any feelings of inferiority. I doubt my dog mourns the loss of his hearing...in fact it seems to have barely affected him. It has had a definite impact on my life, though.

Some advantages to living with a deaf dog.
I no longer have to shush him when the pizza delivery person rings the doorbell.  Since his nose  works just fine, I still have to deal with his excited dancing, but at least now I can get the pizza inside the house first.
He and I don't have to sit on the floor in the walk in closet during thunder storms while he quivers at each thunder clap.  Ditto during 4th of July fireworks.
The neighbor's yappy little doglette barking his head off doesn't affect him at all as we walk past, nor does the enormous growly dog who rumbles out a caution if Colton wanders too close to his window. If he notices them at all, he just looks at them and wags his little stump of a tail.  I like to imagine this lack of reaction confounds the other dogs but I can't be certain of that...although it does send yapping doglette into paroxysms of feverish barking.
He is always so excited to see me when I come in the front door.  That really hasn't changed except that now he is also pleasantly surprised.
He sleeps thru the night...no being woken up in the wee hours of Saturday mornings when the motorcyclist that lives in the complex comes roaring home. I still wake up but since he doesn't, he no longer decides it is a great time for a walk.

Some challenges in living with a deaf dog.
He has always liked to sleep in the same room with me while I work.  Now he sometimes sleeps on my feet under my desk. I like to think that shows how much he loves me, but I suspect it is so that he will know when I move, which occasionally results in me tripping over him.
He no longer comes when called. Ok, so maybe he didn't come all the time when I called before, but at least when he heard his name he would look at me, allowing me to wave a dog bone at him. Food is his great delight and he never fails to come running at the prospect of getting some.
When it's time for a walk, I used to just jangle his leash a bit.  Now I have to go find him. Sometimes this involves waking him up, which I try to do gently.  Since he has a wonky heart, the last thing I want to do is shock him awake.
He doesn't sit on command any more. I have always accompanied voice commands with hand signals, so I know he knows what is expected...I think he is just tired of being told to sit.
Ever since I have owned him, an open door has been an invitation to go out and explore.  When he could hear, I could whistle him back home.  Now, if he happens to wander out the door, he trots happily on his way, no doubt assuming that since no one is calling him back, he is free to roam. Since road noise has no place in his quiet little world, his door-dashing could be dangerous. Earlier this summer I had left him at a friend's house and he managed to squeeze out the gate.  My friend caught up with him as he was jogging across the street no doubt to see if the bushes over there were more interesting than those on this side.

It's strikes me as funny that some people doubt that he is really deaf. Since he has little in the way of gray on his face, he looks a lot younger than his 13+ years. Sometimes, when people learn he is deaf, they immediately have to prove it for themselves.  This involves them standing behind him and loudly calling his name or clapping or even whistling. I have no idea why anyone thinks I would lie about his deafness, any more than I would lie about my own slowly declining hearing. My mother lost a huge part of her hearing about 15 years ago. She never acknowledged it, though, preferring to tell herself and everyone else that she could hear perfectly fine, meanwhile responding to every thing we said to her with "What?"

When I lose my hearing I am going to take a page from my dog's playbook.  I am not going to be embarrassed, nor am I going to pretend otherwise. I am just going to go happily on my way, smiling cheerfully at everyone who talks to me. I'll stop short of wagging my tail at them, though. 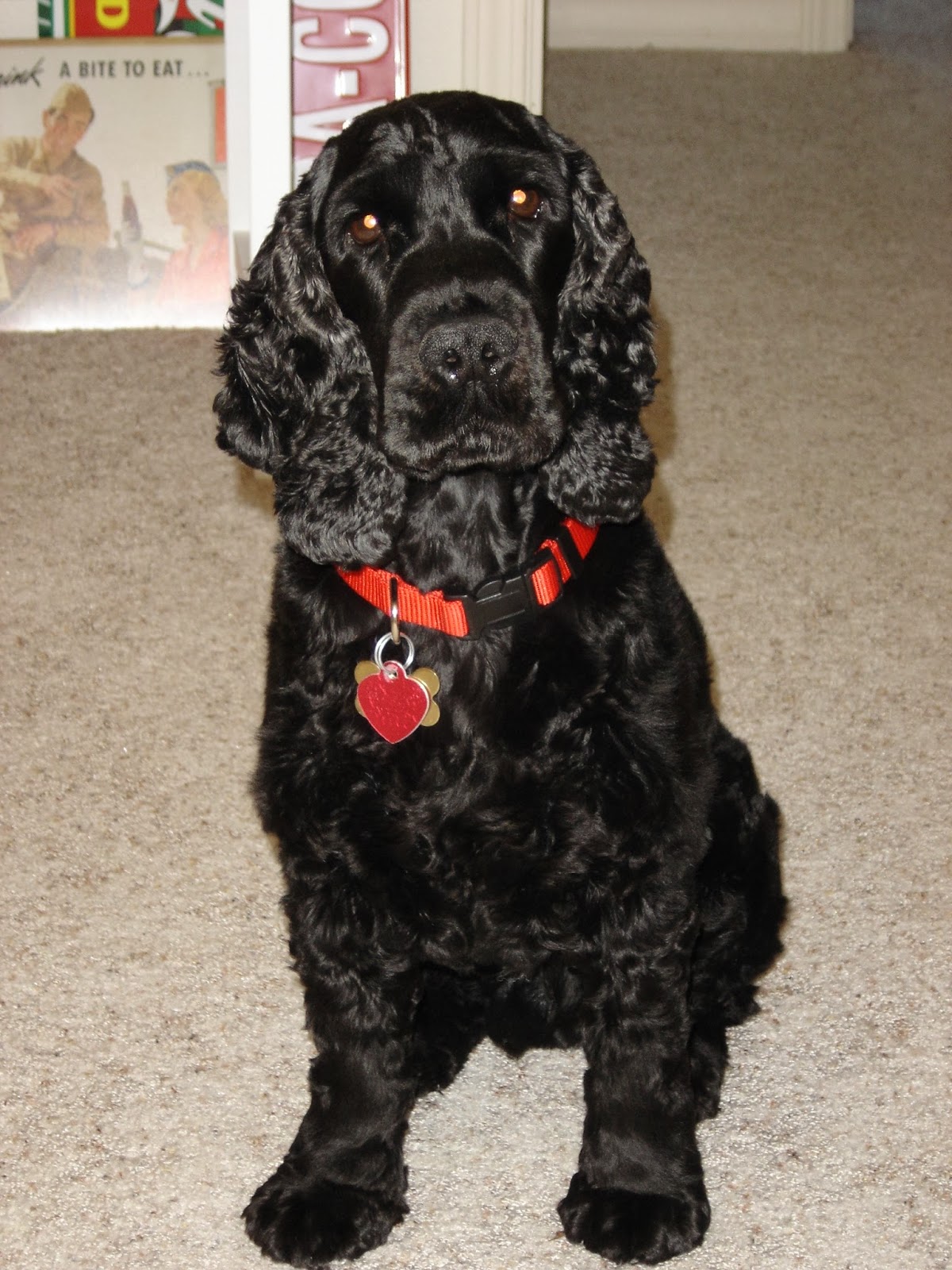