I love snow, I really do.  But this past week was brutal.  Here in Missoula we typically get several hard snow falls spread out over a couple of months. We are used to this...we are prepared for this...we even look forward to this.  But this past week we got a huge amount of snow combined with extremely cold temperatures and swirling winds that lasted nearly a week.  Snow plows could not keep up with the snowfall, barely managing to clear the main streets.  People who lived on side streets, which is most of the people who live here, were stuck in their houses for days. One of my friends skied to the market! I live in an apartment just off a main street. Our parking lot was not plowed but the street in front of us was. I watched as cars struggled to find purchase on the slippery surface and more than one car got stuck at the exit spinning its wheels until some strapping young college students pushed it out onto the street.  We are fortunate to count as residents some drivers of huge pickup trucks with enormous tires.  Once they had mowed over the snow drifts it was enough to let the rest of us mere mortals in SUVs and compacts also escape. They didn't send anyone to clear our sidewalks until long after the storm was over, which made walking my small dog a real challenge.  At 35 lbs I can't just heft him up under my arm as my neighbor did with her pug, but had to plow thru the 3 ft deep accumulation, clearing a place for him to walk. It was snowing so heavily that by the time he was ready for another walk, the trails I had plowed had been filled in by the swirling winds and new snowfall.  I was bundled up in so many clothes to fight the -25 degree weather, that I had visions of myself falling over onto my back and not being able to roll over, kind of like that little kid in A Christmas Story.


Then came the rain...freezing rain that turned all of that lovely snow into ice covered mounds and what sidewalk was cleared into slick, treacherous pathways. When that happens, I have to make a decision about footwear.  Do I go with the regular snow boots that will keep my feet and ankles nice and dry or switch to my lower hiking boots to which I have attached my spikes.  I won't slip in those spikes, but boy, will my ankles get soaked!


Finally came the sun, which was lovely to see but disastrous to deal with. It melted the parking lot into slush, which then refroze into deep trenches of ice/mud/water.  What a mess! Definitely spike wearing time.


It was such a bad storm that they cancelled schools on Friday and again on Monday. When we moved here from Southern California in 1988, my kids were excited to be in a place where they would surely have snow days and lots of them.  But no! Not once in the entire time they were in school here did they ever have a single one. We had lots of bad snow storms, tons of snowfall, but it was never enough to call off school. Twenty some odd years later my daughter is still a little bitter about that.

I have never been so thankful that I work from home as I was this past week. It was nice not to have to be anywhere other than my living room.  Nicer still not to have to be on the roads, adding to the traffic problems.

But even bundled up so that I can barely move my arms, hat pulled down to my eyebrows, scarf up over my nose, ice spikes strapped to my shoes, I still love living here and can't imagine living anywhere else. Although I do feel bad for the rest of the city.  When I moved here in 1988, Montana had the worst winter in 30 years.  This is my first winter back here in a couple of years...oops! 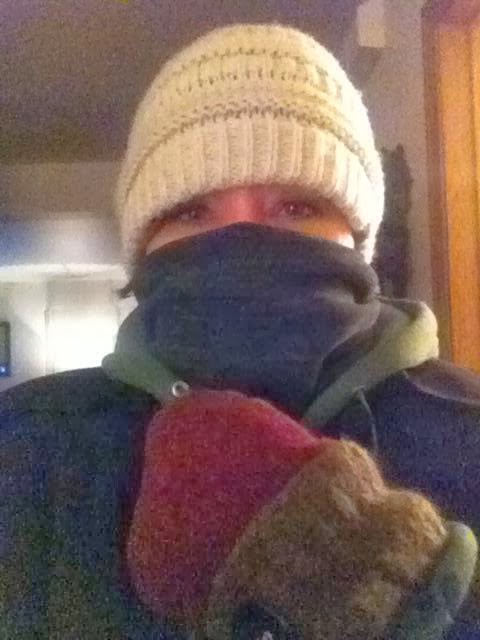 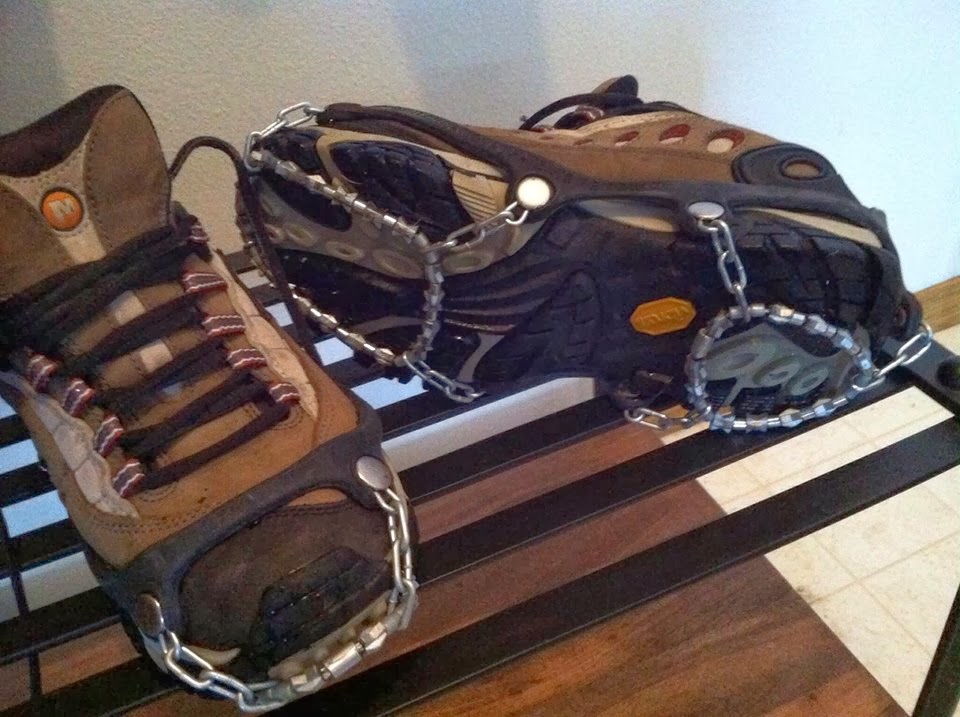