While this time of year brings wonderful memories of past holidays and much joy over new experiences, it also makes me a little sad. There is a rip in the fabric of my family and a brother sized hole in my heart. I was the younger sister to a dynamic, smart and manipulative brother whose talents and intellect were praised by family. He was the first born, a son, in the days when that was a very important thing to be. He was the smart one, the charming one, the one who did everything first and did everything well.  At least according to my mom.  My mother constantly pitted us against each other. She would hold one or the other of us up as an example while admonishing the other child to be or not be more like the other. Although we were very close as children, with that kind of parental pressure it's not a surprise that by the time we reached middle school, we could barely stand to be in the same room with each other. With a firm determination to not follow in his footsteps so that I would not, could not be compared to him either favorably or not so favorably, when I entered high school a year behind him, I looked for things he had no interest in...speech, drama, music...and avoided where he excelled...math, art...things he had put his stamp on. Where he was loudly charismatic, I was the quiet one who sought not to make any of my own waves and to keep out of the wake of his. I was the one who went along to get along.

All of this makes it sound as though I resented my brother, when in reality I did not. Following a brilliant but underachieving brother left the door wide open for me to pursue things that ultimately I came to love and excel at. Since my mom was consumed with wrangling my increasingly difficult brother, I was allowed a freedom that under other circumstances I might not have been. With zero pressure to make good grades, I did so easily and without much thought. I had a friend who stressed about each test, quiz or term paper, and who panicked at the thought of not getting an "A", while I did not. I was free to take Speech and Drama, Choir and Journalism. I even took a class called Yearbook Staff where we all got A's for pretty much just showing up. I overheard my mom on the phone one day telling a friend that she could always depend on me. It never occurred to me to be resentful of that dependence. It simply was.

All the way thru high school, not only did our activities and friends not intersect, but neither did the two of us.  I doubt I said more than 100 words to him in his entire senior year and while I was in just about every music program and play the school had for four years, he never attended any performances. I was shocked when, on his first visit home from college, he brought me a charm for my bracelet. Of course he asked for it back the next day because he wanted to give it to his high school girl friend, but I appreciated the thought. For my 18th birthday, the November after I started college, my parents wanted to buy me a proper leather briefcase to take to debate tournaments, but he preempted them by getting me a fun canvas one covered with flowers because, as he put it, I was not a proper leather type of girl. We became pretty good friends after that, mostly because we went to different colleges and only met during holidays. He became a decent student and graduated with a degree in Psychology while I remained focused on Speech and Drama.  We got married the same summer and he and his wife and me and my ex spent quite a bit of time together those first few years until jobs, friends and other interests separated us.

He passed away suddenly from bone cancer in December 2012.  By that time we were once again growing closer as I had relocated to Southern California to spend more time with family. When I think of my brother now, it is not that contentious competitor for my mother's approval, nor the distant and sometimes sullen high schooler, or even the much younger big brother who taught me how to swing a bat and catch a fastball, but the man he became.  A man who loved family and knowledge for its own sake and life. A man who did not believe in putting off until tomorrow the fun to be had today. A man who gathered friends to him as effortlessly as anyone I have ever known. That's the brother I remember and that's the brother I will always miss. 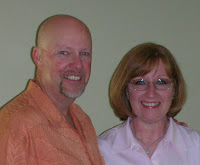