Sometimes you have to look really closely

Spoiler alert:  this is not a happy blog, but it might be one I need to write.

Change is good, I've heard said and have certainly said so myself.  Change is positive, life affirming, dynamic, inspiring and completely necessary.  But sometimes you have to look really closely to see how, in the face of change, there might be some good.

Last July my older by 17 months brother was diagnosed with multiple myeloma.  Seemingly out of nowhere there loomed this horrid disease that slowly began to drain the life out of him.  It started slowly; he was tired, pale, lethargic.  A standard pre-op blood test showed a startling fact...his kidneys were failing.  We gathered around his hospital bed while we began to consider words we had never used before...dialysis, transplant, quality of life. His daughter immediately volunteered one of her kidneys, but the reality was I would be the best choice. It frankly scared me, the possibility of living with only one kidney.  But then, as I struggled with the choice that really wasn't a choice at all...my kidney for his life...horrible, gut wrenching, devastating news.  Cancer of the blood.  Bad enough Cancer, but Cancer with a capital C of the blood.  We had been down this road before.  22 years ago my father passed away after a two year struggle with myeloma.  He was 66.  Now my brother, cancer at 61. Treatment was begun, dialysis, chemo, experimental protocols. I read everything I could Google on blood cancer.  I read stories, the sad ones, the inspiring ones, the successful ones, the devastating ones.  I read about survival rates and what would happen as the treatment progressed.  Except that it didn't progress.  My brother went into the hospital in early August and there he remained until December.  Too weak to be without a ventilator, needing dialysis just to stay alive, exhausted by the entire procedure and missing his home, he left the hospital for hospice care at home...and died less than an hour later. As I reread that last sentence, it still doesn't seem real.  He died.  Change indeed.

My brother didn't believe in putting off the good stuff.  He had good friends, a great family, travelled extensively with both.  He loved California wine and grilling.  His backyard was full of birdsong from the many feeders he kept well stocked. He loved books and his MAC and was the first of us to get an iPhone. He was working his way thru a recipe book of classic cocktails that he served up as the drink of the night at Sunday family dinner. He loved golf, cigars and watching Christmas Vacation. He wore sandals and Tommy Bahama shirts, loved Hawaii, Jimmy Buffet and the Beach Boys.  He kept champagne in his fridge and the first toast of the evening was always for his granddaughter. He called his wife The Dish.

So where is the good?  It is in the life he lived on his own terms and the people he loved without reservation and the memories he left behind with all of us. 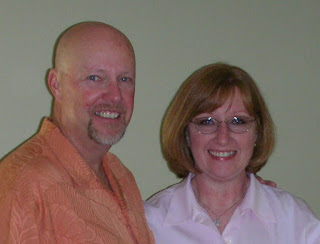